A child born of an affair to a wealthy elven home, Lydi never felt as though he fit in with his family. His childhood was marked by being distinctly, but never explicitly, “other” - one such way being that he was far stockier than anyone else in his family, as well as a percieved childishness to everything they did despite quicker aging. Despite this, his childhood was relatively privileged, as the Amandulin family had always held a high standing and provided for Lydi in the same way as their other children, but he was sheltered and kept out of view unless necessary, as he was never expected to inheret anything due to his complicated heritage and anticipated shorter lifespan.

Lydi was afforded the luxury to entertain many hobbies, if only because it kept him busy, and between his usual studies with a tutor, his youth was spent learning fencing, swordsmanship, dancing, poetry, and whatever else caught his interest. His schooling was thorough and interest in poetry and dance led to an interest in theater and actually performing, which led to his first major disagreement with his parents - they disapproved of his insistence on pursuing such a career as they believed it to be a childish whim and nothing to be taken seriously. Despite the realization this brought of his percieved place in his family, he bit back his displeasure, as he didn’t feel leaving a place that provided for him far better than anywhere else would was worth the bit of discomfort he felt. However, it also became obvious to him the motivations for allowing him to do all of these things, and spurred on a rebellious streak.

Lydi began to sneak out at night, watching shows and visiting the pubs and places of interest to the common people with the intent of making friends - something he had little experience with. Balancing a secret life of socialization with all sorts of people (using the name D’Amore, to try to keep word from getting back to his family) led to a love of sordid and scandalous things - risque jokes, drinking gin, excessive makeup, and things of that nature.

Relations with the rest of the Amandulin were crumbing as time passed. Lydi’s behavior changed, which didn’t go unnoticed, as Lydi no longer sought out the approval of the rest of the elves around him. His parents disregarded it, viewing it as Lydi childishly acting out, which further contributed to the rift between them. Eventually, Lydi hit a breaking point. The rift had grown too large, and he had slowly realized how deeply unhappy he had been. The wealth he benefited from no longer outweighed his feelings, and after a bout of drunkenness to handle interacting with his family, he decided he should leave.

He left his home for a large city he could disappear into. After a bit of floundering, he eventually did join a group, who welcomed the well-read dancer and viewed him as a major asset. This brought him joy - he found a place as a comedic actor, typically playing women. This suited him fine. Lydi had found he felt better when he presented somewhere between man and woman, but didn’t enjoy the attention it drew day to day, so being able to dress the way he felt comfortable on stage helped boost his confidence. He preferred living among a diverse group of people, and felt more comfortable in the city where he could live in the public and on his own terms than he had in many years at his childhood home.

Despite the way he chose to live, Lydi’s struggles with his heritage and figuring out where he belonged continued. He couldn’t shake that the elves that raised him were his family and his heritage always remained a core piece of him, and he couldn’t entirely shake the habits he had learned as a child. He found himself drawn back to the hobbies he had taken up at home, particularly fencing and poetry, and found a new joy in them, though the nagging feeling that he had only been afforded them as a distraction soured it.

Lydi continues to work through his feelings on his own, occasionally lapsing back into drinking excessively to cheer himself up and to try to forget how his feelings for his earlier life has lingered and affected him to the present. 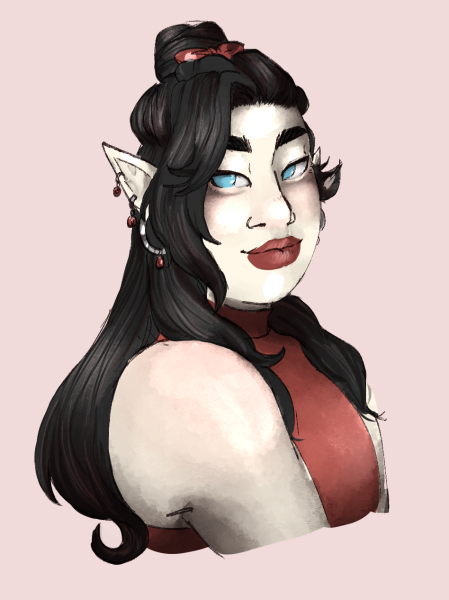 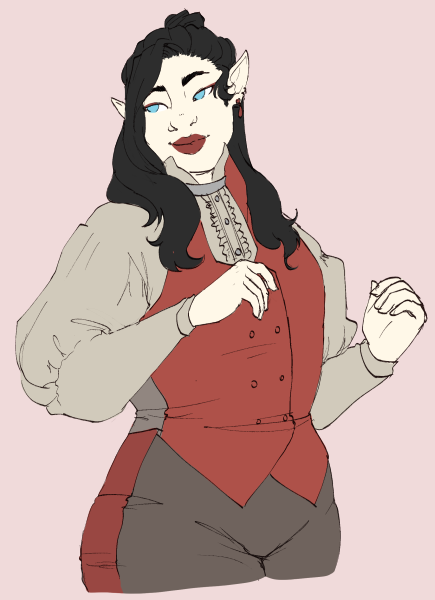 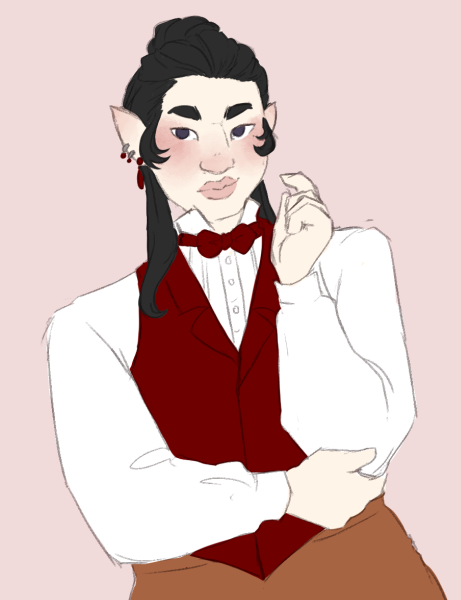 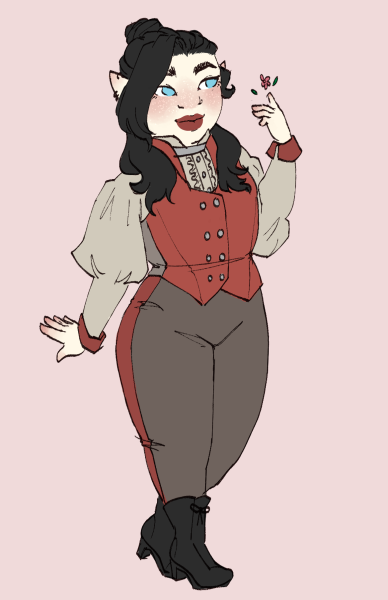